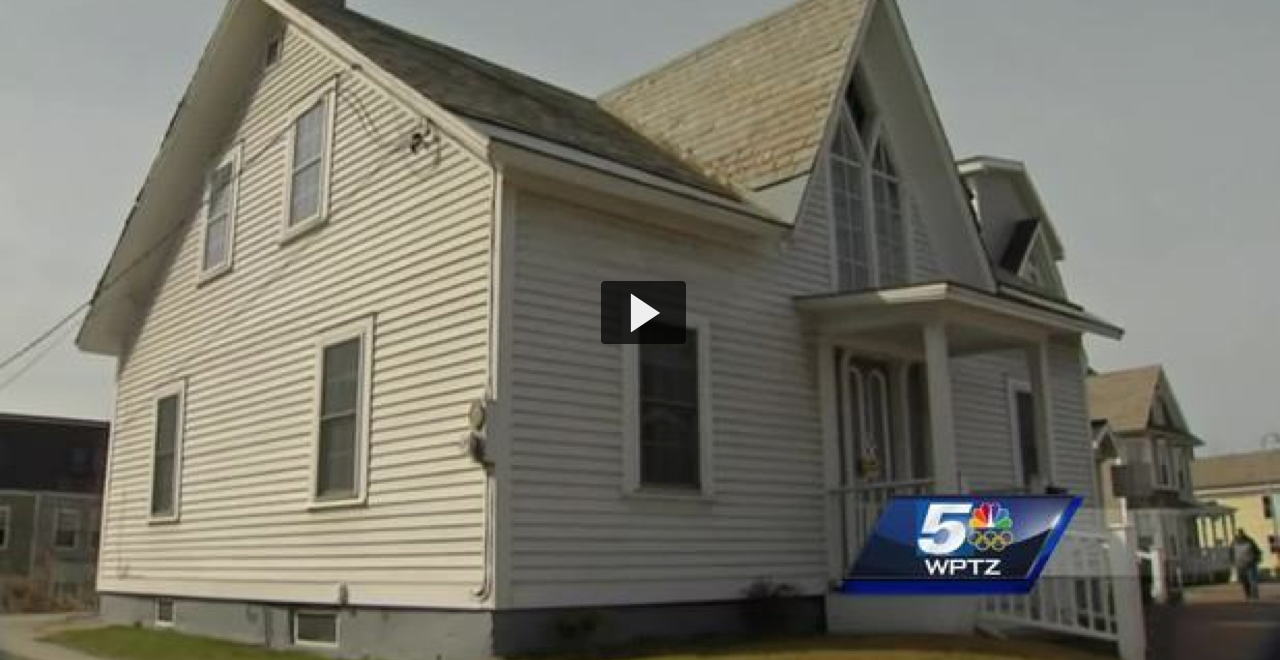 WINOOSKI, Vt. (NECN) —An 1840s home in Winooski, Vermont, is being given away free to make way for redevelopment on the property. Whoever takes the house would have to pay the costs of removing it and relocating it.

"It's a beautiful house," observed Linda Lawrence, who was walking by the home Wednesday. "I love the front. The front is gorgeous."

The two-story East Allen Street house has a slate roof and gothic revival-style features. Construction engineer Nate Dagesse, of EIV Technical Services in Williston, is pledging to give away the 1,200-square-foot dwelling with a recently renovated interior.

"It's a very structurally sound house," Dagesse said. "It's going to be tough to find the right (recipient), but if we do, it'll be really exciting to see this happen."

Dagesse said he plans to build a new 27-unit apartment building on the corner currently occupied by the house. The City Lights project, as it is known, will also have ground-level commercial space for an office or a small restaurant, he said.

The home has to go by mid-June to get ready for construction, Dagesse explained. He said the home removal could take place between June 1 and June 15.

Moving old buildings is complicated and delicate work. The recipient of the house will need to comply with all applicable federal environmental standards regarding hazardous material removal, according to a posting about the free house on the city of Winooski's homepage.

"I appreciate the historic value of it, but to move it, I imagine would be quite an expense," guessed neighbor Matthew Warnecke, who expressed appreciation that an effort is being made to preserve the property.

Dagesse noted he is not an expert in moving buildings, but estimated the cost another firm may charge for the job would be around $50,000-60,000. He said the actual price could be more or less than that, and would depend a lot on where the house goes. He pointed out, because of the home's design and the fact it is 170 years old, it would be best if it were moved a short distance.

Dagesse said he will pay $5,000 toward the effort of moving the home. "We're giving that incentive as our way of helping that process move forward," he explained.

Laura Treischmann, a state historic preservation officer with the Vermont Division of Historic Preservation, said it is not common to have a home offered up free for preservation. She said her office occasionally recommends the concept as part of the permitting process for new construction projects like this one that would otherwise call for demolition.

Treischmann said her office sees the notion as appropriate when a property is 50 years old or older, has architectural or historic significance and is deemed sturdy enough to both survive a move and have value and life left in it afterward. Treischmann added that the state will follow up on the offer as the would-be moving date approaches.

Dagesse said if he can't find a taker, the building will be dismantled. He said as many of the building materials as possible would be salvaged or recycled, such as the slate on the roof and the boards on the floors.